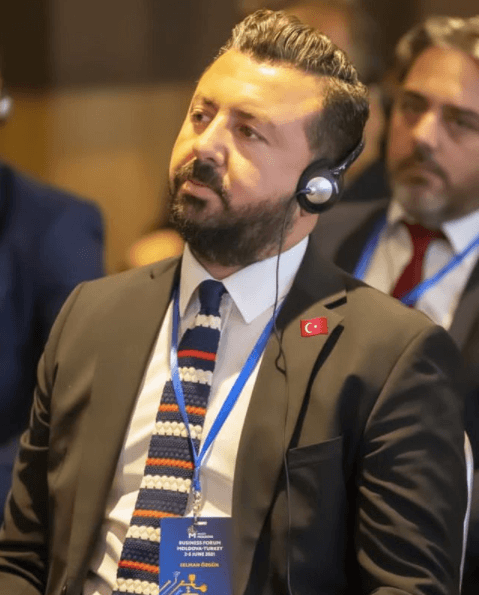 Govt eyes apartment rental companies to deal with unilateral price hikes \\ RF.A1. F.STATL- property rents across yy Turkey have inereased in recent months amid strong demand - an environment that is also said to have paved the wayfor uncontrolled unilateral price hikes by landlords and real estate agents. Rents for apartments throughout Turkey have soared an average of 55% över the last year, with inereases reported to have reached 100% in some regions. This is said to have been prompted by the lack of new apartments compared to high demand and the return of university students vvho mostly received distance education över the last year due to the coronavirus pandemic. Hepsi Emlak, a leading real estate website, has calculated that rental prices have inereased more than 50% in one year in metropolis Istanbuls 50 neighborhoods. Added to this are high construction costs and rising consumer prices that have been in double digits for most of the last couple of years. Annual inflation jumped to 19.25% in August, above the central banks policy rate and its highest level in more than t\vo years. The overall construction costs inereased by 44.76% year-on-year in July, according to the Turkish Statistical Institute (TurkStat). PAGE5

Local real estate piques VVestern buyer interest amid record sales Buyers from Western nations, including the U.S., have showed particularly high interest as some 30,849 houses, a record high, were sold to foreigners in Turkey in the first eight months of 2021 VV FOREİGN buyers purchased a rem/ cord number of rcsidentiai properties in Turkey from January through August of this vear, data showed yesterday, as the real estate market rebounds from the fallout of the coronavirus pandemic. Buyers from \Vestern nations particularly &howed high interest as some 30,849 houses vvere sold to foreigners in the first eight months, a 47.6% yearon-year increase, the Turkish Statistical Institute (TurkStat) data showed. Saks have been maintaining an upward trend through most of this year, except for a briet disruption in May after the government imposed a tough but brief lockdovvn due to surging COVID-19 cases. Ali measures vvere lifted in June. It was May that saw the lowest level of this year as sales to foreigners amounted to only 1,776 units before rebounding to 4,748 in June, 4>495 in July and 5,866 units in August. The August figüre marked a 50.7% year-on-vear increase and the sccondhighest monthly sales level ever after 6.276 units vvere sold in October 2018. The metropolis İstanbul had the lioos share vvith 14.788 units sold to tbreigners, fo!lowed bv the southern holiday resort Antalya vvith 5,897 units, the capital Ankara with 1,988, Mersin vvith 1,410, and Yalova \vith 939 units. lraqi citizens topped the list among nations as they purchased 4,631 properties from January through August, followed by Iranians vvith 4,600 units, Russians with 2,575, Afghans vvith 1,819 and Germans with 1.186. An aerial vlew of the Galata Tower (C) and the Beyoğlu dlstrict İn İstanbul, Turkey, April 26,2020. Among others, Kuvvaitis and Americans bought 873 and 871 residential properties, respectively, during the eight-month period, the data shovved. Overall house sales in Turkey saw a 21.7% decline to 801,995 units İn the first eight months as the rise in borrowing costs continues to vveigh on the market. Mortgage sales fell 67.9% from a year earlicr to 152,096 units, the data showed. In August alone, sales were down 17% year-on-year to 141,400. Mortgaged sales dropped 64% to 27,375. Cheap loans extcnded to ease economic fallout from the pandemic drove the 11.2% year-on-year rise in the overall house sales in the country in 2020, vvhen nearly 1.5 million houses, an all-time high, changed hands. WESTERN FOOTPRINT Ömer Faruk Akbal, the chairperson of the Real Estate International Promo- tion Association (GİGDER), noted the upward trend in sales to foreigners, saying they inehed eloser to the year-end sale target of 50,000 units. Akbal also stressed the ever-grovving interest of buyers from the U.S., who have jumped to rank eighth in house purehases in Turkey among nations. Americans had purchased 58 properties in August a year ago, and now the figüre tripled to 173 this past August. Ali this data, Akbal said, shows how attractive the Turkish market has become in international real estate in terms of elimate, health and tourism values. "Today, many different geographies are also displaying more and more interest in Turkey. This is also pleasing for our sector and for our country." Nazmi Durbakayım, the head of the istanbul Constructors Association (İNDER) also stressed the fact that the U.S., along vvith Germany, has entered the top 10 nations in Turkish residential property sales. Durbakayım said they expect around 15,000 more houses to be sold in the remaining four months. "Thus, we think that we will reach a nevv sales record by surpassing the peak of 45,483 units achieved in 2019," he noted. The momenlum vvith the summer months could continue through the end of the year, according to Helmann Yapı Chairperson Selman Özgün. Despite the outbreak, özgün said Turkey has had a good tourism season, which refleeted on sales to foreigners. The sales numbers are not a surprise, said özyurtlar Holding Head Tamer Özyurt. "The Turkish real estate sector, which is considered a safe port, has alvvays been a prior business Üne that attracts investment. Foreign investors stili see Turkey as a safe haven," özyurt said. İSTANBUL / DAILY SABAH